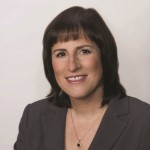 Sharon N. Berlin, Esq., served as chair of, and Richard K. Zuckerman, Esq., participated on a panel about the topic “Intended and Unintended Consequences of the Tax Cap: Collective Bargaining and Related Issues a Year Later” at the NYSBA Municipal Law Section Fall Meeting, which was be held on October 13, 2012 at The Otesaga Hotel in Cooperstown, New York.