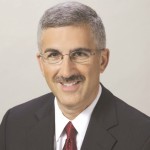 Richard K. Zuckerman has once again been selected by his peers for inclusion in the 2015 edition of The Best Lawyers in America® in the practice areas of Education Law, Employment Law – Management, Labor Law – Management and Litigation – Labor and Employment.  For more than three decades, Best Lawyers has been regarded – by both the profession and the public – as the definitive guide to legal excellence in the United States.