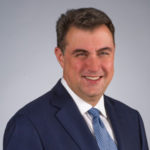 Adam S. Ross, Esq., was a co-speaker in a live webinar sponsored by the New York State Bar Association’s Labor and Employment Law Section and the Section’s Committee on Public Sector Labor Relations; Co-Sponsors: Local & State Government Law Section and the NYSBA Committee on Cannabis Law on the topic “Career High: New York’s Marijuana Regulation Act & Its Impact on the Public Sector” on Friday, July 9, 2021.  While the new Marijuana Regulation and Taxation Act has created new issues for many employers and unions across the State, the challenges the law presents for the public sector are unique. What does that law mean for safety sensitive positions? What has to be negotiated? Can employees still be disciplined for marijuana use? This webinar was to guide you, as employees reach for a new career high.

1.0 MCLE Credits in Professional Practice for All Attorneys including Newly Admitted.