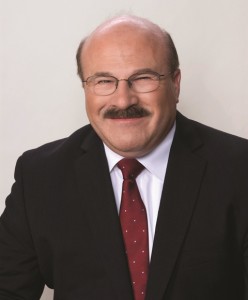 ♦  United States Court of Appeals for the Federal Circuit (admitted May 17, 1999)

Scott graduated from SUNY at Stony Brook and Syracuse University College of Law (cum laude), where he was the Senior Survey Editor of the Syracuse Law Review. He served as an Assistant District Attorney of Suffolk County and, thereafter, as principal law clerk to the late Associate Justice Lawrence J. Bracken of the Appellate Division, Second Department.  Scott joined Lamb & Barnosky, LLP in 1987.  He concentrates his practice on appellate matters, and has argued more than 100 appeals in state and federal appellate courts. He also handles municipal, civil rights, commercial, personal injury defense, land use and real property title litigation. He is the Chair of the Firm’s Professional Ethics Committee and Litigation Committee.

Scott is also a sustaining member of the Suffolk County Bar Association.  In addition to being a former SCBA President (2004-2005), he served as Chair of the SCBA’s Appellate Practice, Judicial Screening, Bylaws Revision, Nominating and Legislative Review Committees. Scott is the recipient of the SCBA’s Lifetime Achievement Award, President’s and Directors’ Awards and numerous SCBA Awards of Recognition. He served as Managing Director of the Suffolk County Bar Pro Bono Foundation and is the Vice Chair of the Board of Directors of Nassau Suffolk Law Services Committee, Inc. He is the former Vice President of the Suffolk Academy of Law and has frequently lectured for the Academy, as well as NYSBA, on appellate practice.

Scott has consistently earned an AV Preeminent Rating from Martindale-Hubbell and was selected to appear in the New York Super Lawyers® Metro Edition in the area of Appellate Counsel from 2008-2021.