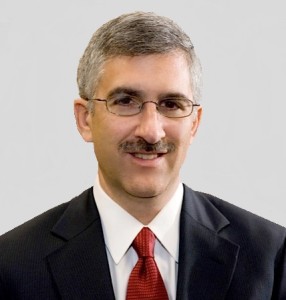 Mr. Zuckerman has been named as a Best Lawyer in America© since 2012 and was twice named the Best Lawyers’ “Lawyer of the Year: Labor Law – Management” for Long Island, in addition to being named the 2015 New York City “Labor Law – Management “Lawyer of the Year.” He has also repeatedly been named a New York Super Lawyer® in Labor and Employment Law, a Who’s Who in American Law®, and a Long Island Business News’ Who’s Who in Labor Law. He has presented at numerous programs regarding various labor, education and employment law-related topics. He is admitted to practice before the United States Supreme Court, the federal Second Circuit Court of Appeals and the Eastern and Southern Districts of New York, as well as New York State courts. Mr. Zuckerman is a graduate of the Columbia University School of Law, where he served as Director of the First Year Moot Court program. He graduated summa cum laude from the State University of New York at Stony Brook, where he was elected to Phi Beta Kappa in his junior year and received the William J. Sullivan Award, the University’s most prestigious academic and service award. 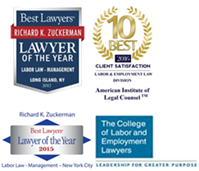