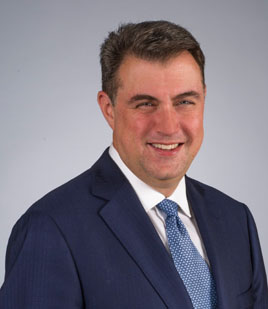 Prior to joining Lamb & Barnosky, LLP, Adam S. Ross, Esq. served from 2011 to 2018 as the General Counsel of the United Federation of Teachers (UFT) and, prior to that, as the UFT’s Special Counsel from 2006 to 2011. Adam attended Cornell University’s School of Industrial and Labor Relations, where he earned his Bachelor’s degree. He received his Juris Doctor from Boston University School of Law. Prior to working at the UFT, he was an associate at Stroock, Stroock & Lavan LLP where, after several years, his increasing work with public sector unions led him to take a position at the UFT.

As the UFT’s General Counsel, Adam negotiated and drafted collective bargaining agreements on behalf of over 200,000 UFT-represented employees in more than 20 bargaining units in both the public and private sectors. He was responsible for directing the UFT’s handling of a wide range of labor and employment matters before state and federal administrative agencies, arbitrators and the state and federal courts, both in the UFT’s role as a labor union as well as an employer. His practice included a broad array of other matters, including education, contracts, arbitration, and general corporate matters. He was likewise responsible for coordinating and directing the UFT’s internal and outside counsel.